Posted 3:41 PM
This post is a continuation of my previous post: Avatar: The Science Behind The Fiction.

SPOILER ALERT: Please follow my advice and go watch the movie before reading the rest of this blog post.

Jake Sully, the main character in Avatar, has a well honed survival instinct, presumably because of his paramilitary training and battle experiences. This turns out to be an advantage in gaining the trust of the native Na'vi humanoids on Pandora because they are tribal warriors and he could relate to them better than the scientists in the avatar program. Jake earns the trust of the tribal leaders and is eventually accepted as one of the Na'vi people. 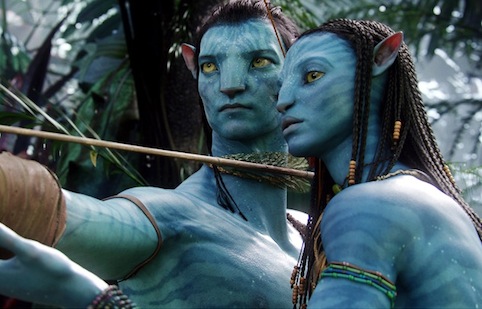 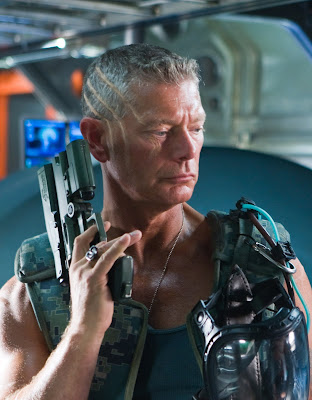 Colonel Miles Quaritch (Stephen Lang) is a typical war mongering Colonel who lives to kill and destroy anyone and everything that stands in the way of his objective. He teaches his soldiers that Pandora is a very dangerous place full of fierce animals and skilled warriors who want to kill them. Quaritch provides the orientation for soldiers arriving on Pandora and informs them that it is his job to keep them alive, but that he will not succeed, at least "not with all of you," he says.

Jake's mission throughout the movie is to gain information that can help the Resources Development Administration (RDA) gain access to the planet's most valuable natural resource called unobtanium. Throughout the movie, Jake shares with Colonel Quaritch the intelligence he has gathered on Pandora's indigenous Na'vi people during his missions with the avatar program. Quaritch promises Jake that he will receive a new pair of legs if he provides the support that the colonel needs.

The film makes several references to the dying planet Earth and also implies that there may be some sort of energy crisis back on Earth. Unobtanium is portrayed in the film as the most valuable energy source available to the RDA. The biggest obstruction to mining is the fact that the largest deposit of unobtanium lies underneath the Na'vi people's most sacred spiritual grounds. The RDA plans to take the unobtanium at any cost. Jake and the scientists in the avatar program try to convince the Na'vi people to leave their sacred "home tree" grounds voluntarily to avoid the need for forceful removal by the paramilitary forces. 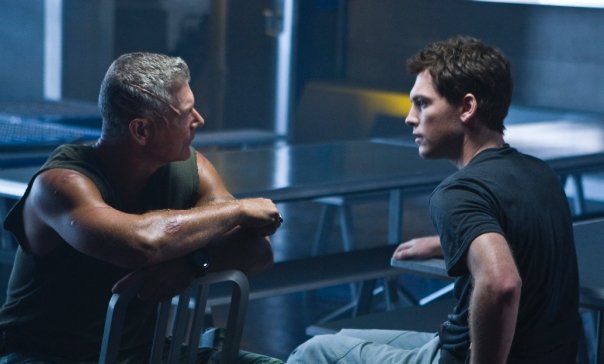 Parker Selfridge (Giovanni Ribisi) is the Chief Administrator for RDA and He is in charge of mining operations on Pandora. Parker is determined not the let the native "blue monkeys" stand in the way of unobtanium mining, but he allows the avatar program to use diplomatic methods to try to remove the Na'vi from their sacred land for a while. 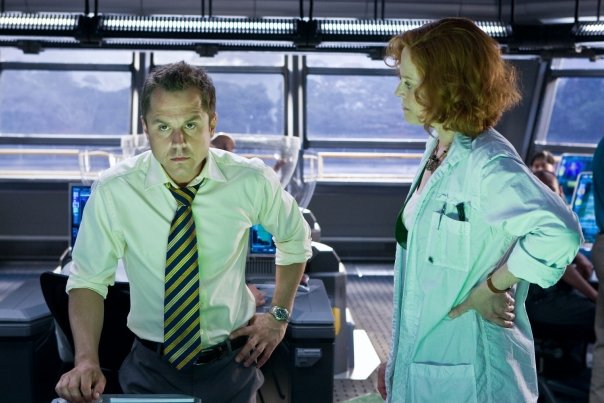 Parker has little patience for Grace's science and diplomacy missions. 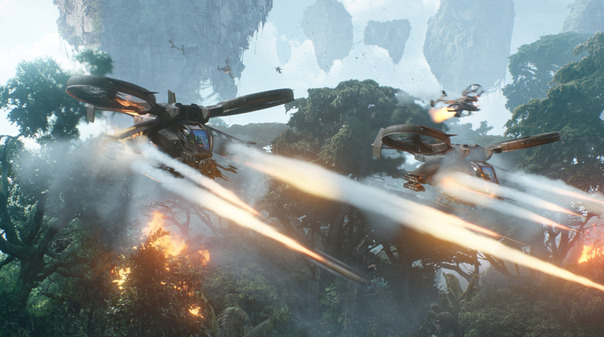 Avatar is based on many true stories, but the happy ending is not anything like the conclusion of the true stories. Pandora exists on Earth and it is located in South and Central America, in Africa, in the Middle East and many other places. The indigenous peoples in those regions are being displaced, exploited and killed right now, in order to extract the natural resources in their native land. The names of places and peoples may be different than the movie, but the events in the film are very similar to real events in Earth history and the present day.

Avatar is a film that accurately depicts the actions of the governments and corporations of present day Earth. The ruthless approach used by RDA to acquire Pandora's resources for planet Earth are similar to the recent actions of governments and corporations around the world. Indigenous peoples around the world have been and are being displaced by wars and corporations, in order to extract the natural resources found in their territories. The most notable and well known incident was when Native Americans where forced to move from their homelands in the south to Indian Territory (present day Oklahoma) in the Western United States. The Trail Of Tears

The phrase "Trail Of Tears" originated in 1831 from a description of the removal of the Choctaw Nation from their land in present-day Mississippi, Florida, Alabama, and Louisiana. The Cherokee, Creek and Seminole tribes where also displaced from their lands. Many Native Americans suffered from exposure, disease, and starvation while en route to their destinations, and many died, including 4,000 of the 15,000 relocated Cherokee.

A recent example of exploitation involves the island nation of Haiti. The recent 7.0-magnitude earthquake in Haiti resulted in mainstream media coverage of the extreme poverty there. As you might have guessed, Haiti did not become poor by accident, but as the result of US government actions including support for violent coups and US complicity in trade and lending policies that have destroyed civil society, crushed democracy, crashed the economy and turned a food exporting country into a food importing country where few can afford to eat. Most of the food imported into Haiti comes from U.S. growers and exporters, and so the U.S. corporations benefit at the expense of the local Haitian farmers and corporations. A man exits a Port au Prince restaurant after he looked for his belongings.
Photo by Marco Dormino / The United Nations United Nations Development Programme

In 1991 Haiti's first democratically elected president, Jean-Bertrand Aristide, was removed in a military coup. As a condition for supporting his return, the U.S., the International Monetary Fund (IMF) and World Bank required that he further open up the Haitian economy to foreign trade. Haitian tariffs on rice were reduced from 35% to 3%, the lowest in the Caribbean region, and government funding was diverted away from agricultural development to servicing the nation's foreign debt. Without government support or protection, Haitian farmers were in no position to compete with their highly subsidized U.S. counterparts. Subsidies for rice producers in the U.S. totaled approximately $1.3 billion in 2003 alone, amounting to more than double Haiti's entire budget for that year.

Since 2006 the IMF has disbursed close to $170 million to Haiti under the IMF Poverty Reduction and Growth Facility for poor countries. After the January 12 earthquake, the IMF said that it would increase Haiti's existing loan program by $100 million and disburse the funds quickly to help the government rebuild from the massive earthquake. The new funding is in addition to the debts previously incurred by the country. Haiti is already burdened with debt far beyond its capacity to repay, and this new loan will cause further suffering for the impoverished island nation. Guatemalan ladies standing in the doorway next to a Coca-Cola ad.

Another recent example of exploitation involves Coca-Cola Co. which was recently sued in New York by Guatemalans Over Anti-Union Violence. Guatemalan workers say they endured a “campaign of violence” by people working on behalf of bottling and processing plants owned by Coke after they engaged in union activities.

This same basic process of extortion has been used by the US Government, the World Bank, the IMF and Corporations in poor countries like Panama, Ecuador, Venezuela, Saudi Arabia, and Iran. John Perkins is the author of several books including his best seller, Confessions of an Economic Hit Man. This is one of his shortest talks that summarizes his book in just a few minutes.

These are only a few examples of the exploitation of Indigenous Peoples around the world. I will provide many other examples in future posts on this web site.