Posted 5:39 PM
This is just a quick post to demonstrate the use of "Talking Points" as a political tool. I have had a few discussions with people who doubt that members of the President's administration and members of Congress collaborate on talking points. As a news junkie, I tend to obsess a bit on this trend, and I have seen countless examples of this practice. Members of Congress are the worst offenders, and you will often see several Congressmen and Congresswomen repeat the same tired rhetoric over and over on TV news network, after TV news network.

On February 25, 2010, President Obama, in essentially a solo performance, took on the entire Republican leadership in this unprecedented meeting. The Republicans repeated many of the same talking points, most of which where committed to memory. Phrases like "scrap this bill", "start over", "clean sheet of paper" where repeated over and over and over and over throughout the meeting with Obama.


If you don't have time to watch the entire video, I have captured a few examples of Republicans reading their talking points from what appear to be 3x5 index cards, 4x11 sized lists, and letter sized printouts of materials. 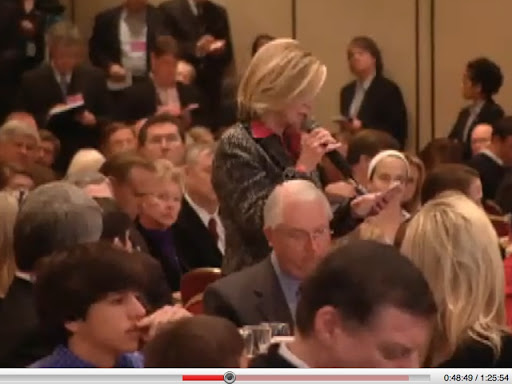 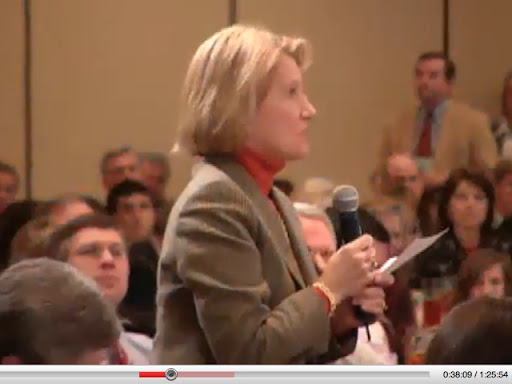 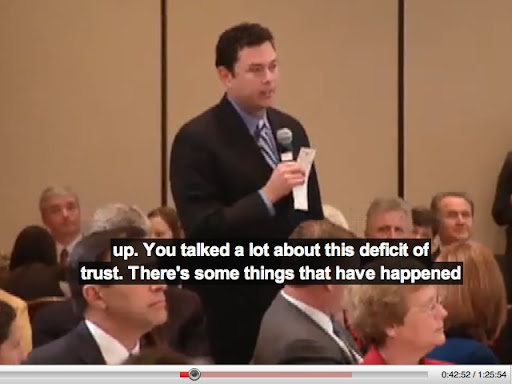 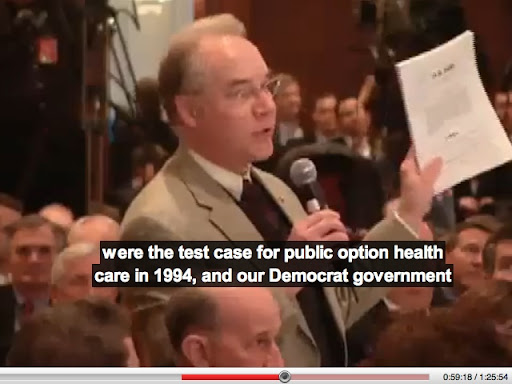 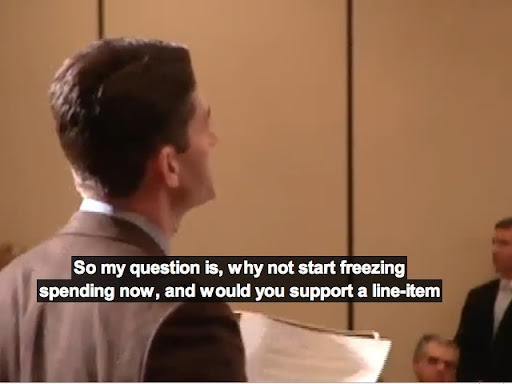 In this clip from May 2008, Keith Olbermann delivers a special comment on Countdown about the Bush Administration talking points used to promote the War on Terror. Rachel Maddow, Chris Matthews, Sean Hanity and other talk show hosts highlight some of the more catchy phrases including "Stay the Course", "Cut and Run", 'appeasement' 'fight over there so we don't fight them here', 'they hate our freedom', and many more.


In this video clip from Sept. 2007, Katie Couric reported live from Baghdad. But instead of using that opportunity to ask tough questions and dig for the truth, Couric asked softball questions and repeated false Bush talking points.


I can't say that I blame political pundits and elected officials for sharing and repeating each other's talking points, because I am sure I would probably do the same thing on occasion if I was an elected official. It does seem a bit sad that some politicians can't always speak frankly and from the heart.
Email ThisBlogThis!Share to TwitterShare to FacebookShare to Pinterest