Avatar: The Science Behind The Fiction

Posted 7:00 PM
James Cameron's latest and arguably his best film is called Avatar. First I must implore all readers to get to your nearest IMAX theater and witness this cinematic experience in it's intended format at least once. If you haven't already experienced this film in IMAX 3D, you must take advantage of the opportunity while this film is still screening in most IMAX theaters. No matter how you feel about the story line and the political overtones, you must experience the technically brilliant and amazing 3D experience that this film offers. Watching this film in 3D truly makes you feel as if you are on Pandora experiencing the events with the actors and animated characters.

The brilliant plot of Avatar is a creative blend of science fiction, close representations of actual life forms and life sciences including botany and marine biology, aspects of real life religious and spiritual beliefs, and many facts and stories from the anthropology of indigenous peoples and those who have terrorized and displaced them around the world.

SPOILER ALERT: Please follow my advice and go watch the movie before reading the rest of this blog post.

The story follows a paraplegic war veteran character named Jake Sully (Sam Worthington), who is invited to control an avatar that was created for his brother. Jake's brother tragically dies before he can participate in a scientific exploration and reconnaissance mission on an alien planet called Pandora. The avatar is a genetically engineered Human-Na'vi hybrid drone that was created by a corporation that seeks to profit by mining the resources of the planet Pandora. The corporation created the avatar by combining the DNA of Jake's brother and the DNA of the Na'vi who are the indigenous people of Pandora. Jake is able to control the avatar that was created for his brother because he is a close genetic match and because the corporation invested a great deal of money and resources to create the avatar. 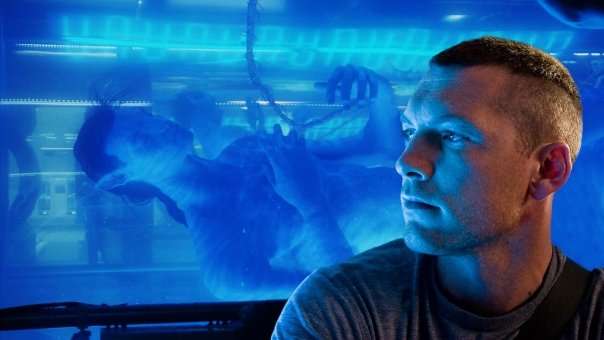 Jake Sully and his brother's Avatar

Doctor Grace Augustine (Sigourney Weaver) is the chief scientist in charge of the avatar program which allows human 'pilots' to control the avatars. Grace seems primarily focused on conducting anthropological, biological, and spiritual studies related to the flora and fona of the planet Pandora. Grace seems completely uninterested in aiding the corporation with their quest for a valuable mineral called unobtanium, and is constantly at odds with the paramilitary thugs who are in charge of the tactical operations of their mission. Since Jake came from the ranks of the paramilitary forces, Grace initially has a very strong opposition to Jake's participation in the scientific expeditions. 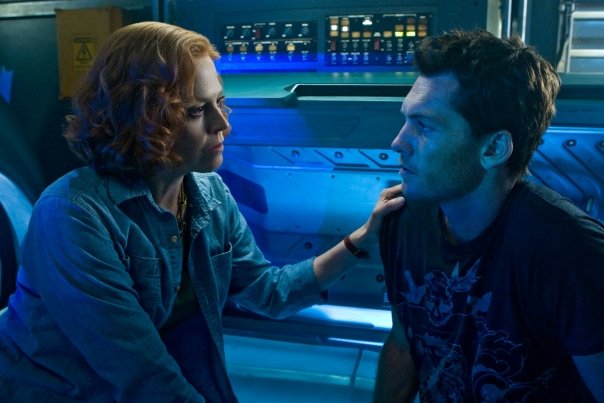 Jake receives an extremely abbreviated orientation into the avatar program and he is linked to his brother's avatar after only reading a technical manual. Since Jake is a paraplegic, he finds new freedom when he controls his brother's avatar and has the use of a fully functional body. The Pandora expeditions afford him the ability to walk, run and participate in other athletic activities. Jake's experiences in the avatar program are probably inspired by the brain computer interface research that is primarily intended to enable quadriplegics to control computers and robotic prosthetic arms and hands. This is an exciting field of science, but the technology is still in the very early stages of research and development.

As Jake runs and jumps through the jungles of Pandora, the IMAX 3D media format allows you, the viewer, to experience his new-found freedom with him. He runs through fields, jumps between the tops of trees in the Pandoran jungles, and rides creatures that look like horses and flying dinosaurs. The winged reptiles called "mountain banshees" in Avatar appear to be very accurate representations of the the first flying vertebrates on earth called Pterosaurs. 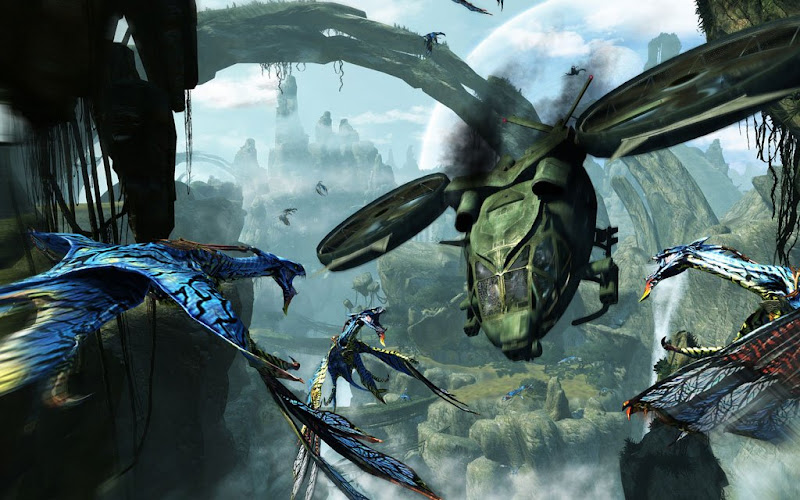 Pterosaurs have intrigued paleontologists and it is difficult to say now such large creatures could fly. Some species of pterosaurs had wingspans from 24 to 36 feet (8 to 12 meters) and probably weighed as much as a piloted hang-glider. There has been a great deal of debate about these creatures and how they solved the problems of powered flight. Efforts to explain how the pterosaurs became airborne have led to suggestions that they launched themselves by jumping from cliffs or dropping from trees. Nobody knows for sure how exactly they where able to fly. The pterosaurs in Avatar seem to be a fairly accurate artist's conception of the extinct creatures on earth.


A collection of several artist's depictions of pterosaurs

Perhaps the least controversial conclusion about the pterosaurs is that they were reptiles. Their skulls, pelvises, and hind feet are similar to those of reptiles, and the anatomy of their wings suggests that they did not evolve into the class of birds. In pterosaurs a greatly elongated fourth finger of each forelimb supported a wing-like membrane. The other fingers were short and reptilian, with sharp claws. In birds the second finger is the principal strut of the wing, which consists primarily of feathers. If the pterosaurs walked on all fours, the three short fingers may have been employed for grasping. When a pterosaur walked or remained stationary, the fourth finger, and with it the wing, could only turn upward in an extended inverted V-shape along each side of the animal’s body. Most of the plants and animals on Pandora appear to be animated, but are based closely upon life forms on earth. Some of the plants and creatures appear to be actual video of real earth plant life and sea life, but in most cases these plants and animals are way out of proportion from their real earth counterparts. For example, there is a scene in the jungle where Jake reaches out and touches some giant plants and they react by retracting their leaves into a protective stem. These giant plants could be real life footage of marine tube worms commonly known as feather dusters or fanworms.

This is the first in a two-part series. Click here for part 2.
0 comments
Email ThisBlogThis!Share to TwitterShare to FacebookShare to Pinterest
Newer Posts Older Posts Home
Subscribe to: Posts (Atom)