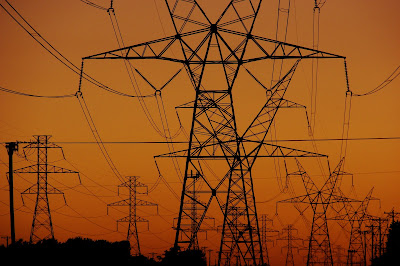 Source: Dallas Morning News
Here are just a few excerpts from this article:

Early Wednesday morning, officials with the Electric Reliability Council of Texas (ERCOT) began shutting off power to customers after a quick, deep freeze sliced through the state.

“My gut is that there were sources of power that were not contracted for and were not prepared to go when they were needed,” said Bill White, former Democratic candidate for governor and former No. 2 at the Department of Energy, where he had responsibility for the national energy grid.

“If I am a generator, then I am going to make my calculations on the basis of cost and benefits. Period.” --Bill White

The cold wiped out four of Energy Future Holdings’ coal plants, three of them brand-new.

... providing the gas to Luminant would have meant shutting off residential customers and closing down part of Atmos’ system. It would have taken weeks to restore service to all of those homes.

... The issue, some say, is that Texas’ deregulated electricity system leaves reliability up to the free market.

... If supplies get tight, prices rise and more plants come online — in theory.

“The problem was that no one has the responsibility to make sure that enough power was contracted for and ready for availability.” --Bill White

... one program designed to relieve an emergency isn’t fully subscribed. Emergency Interruptible Load Service pays customers to agree to shut down in an emergency. But it doesn’t have a full load of customers.

ERCOT CEO Trip Doggett is in the shower when the emergency notification comes in. When he sees the notice, he calls Ken Saathoff, ERCOT’s vice president of grid operations, to gather information. He then spends half an hour calling the three PUC members, the PUC executive director and one of the governor’s advisers. He then drives to ERCOT’s back-up control room in Austin and begins calling legislators.

Producers struggle to get workers to the field to repair the equipment in the cold.