Click through to EFF's article for a summary of their findings from the FOIA lawsuit. There is a link to a map of police, government agencies and colleges that have been granted licenses to operate drones over US air space.

... the Air Force presents some statistics on actual incidents and the potential for crashes in New Mexico in a document titled "Operational Risk Analysis of Predator/Reaper Flight Operations in a Corridor between Cannon AFB and Melrose Range (R-5104A)." This document notes that "8 incidents [involving Predators] occurred over a period of 79,177 flying hours." (p. 8). A risk analysis table from the report is below. 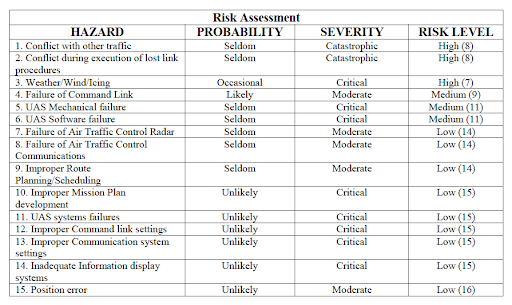